DAMART AND THE ATELIERS SANSONE

Home/Design/DAMART AND THE ATELIERS SANSONE
Previous Next

DAMART AND THE ATELIERS SANSONE 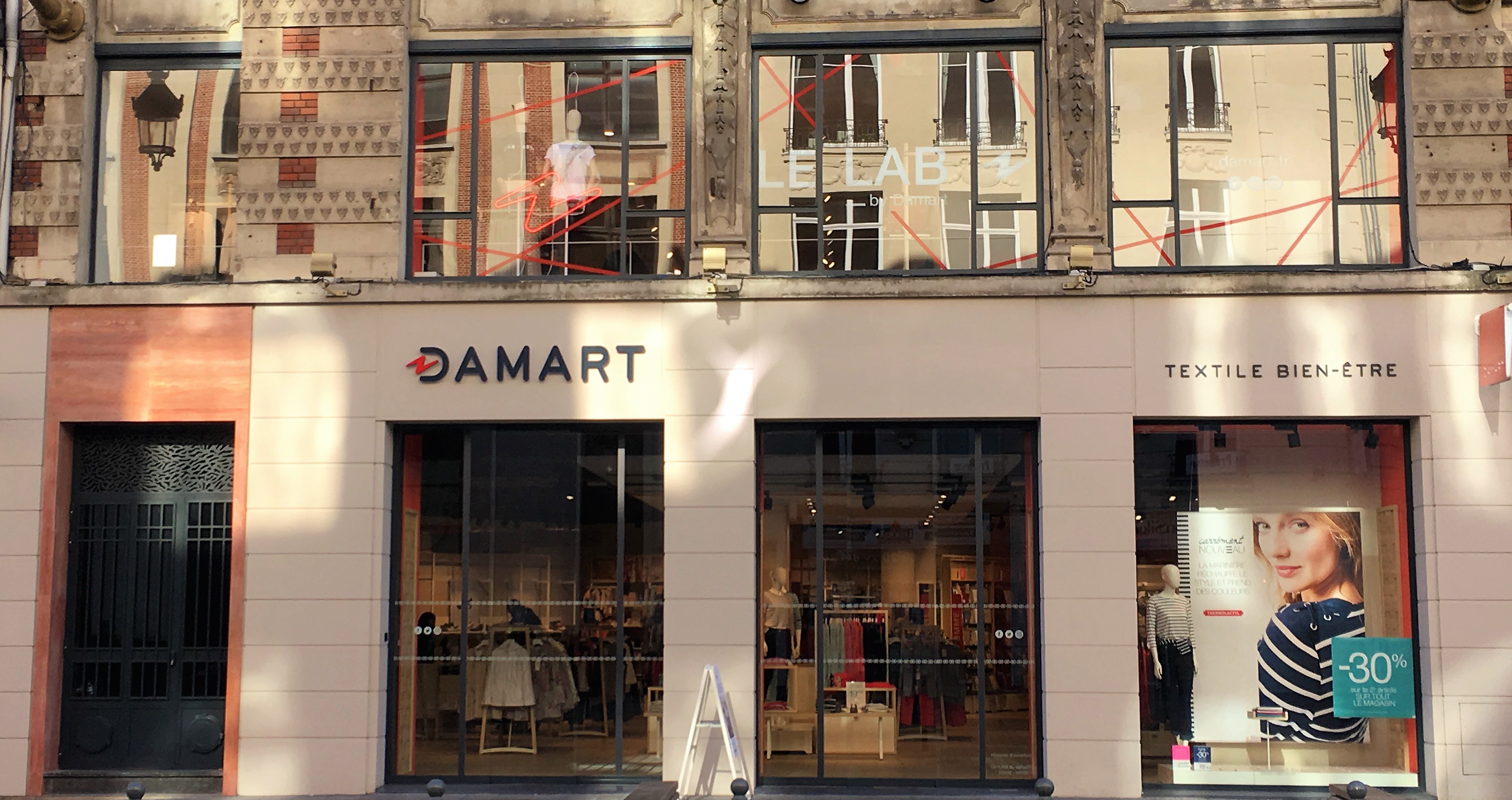 A Concept Store is different from other stores that you can relate to « tradtionnal ». They are characterized by a different customer experience. Besides selling « classic » products, the concept store will play on the innovation and the digitalisation of points of sale so that its offer is unique.

For example, a clothing shop can also be a tearoom, a bar can also sell jewelry… A concept store can ally two different activities to create an atypical universe to attract new customers and modernize the brand image.

In Paris, there is a concept store called Merci, its dedicated to fashion and home decoration. It’s also a Florist and a tearoom. There is also the famous parisian concept store : Collette which grouped luxury clothing, a water bar… There are many brands today that open concept stores and become inescapable places to visit.

Damart, the leader of thermolactyl chose the Street Faidherbe in the center of Lille to open its first concept store of 500m2.

What can you find in the store ?

When you enter at Damart, you find a store with two floors :

On the first floor, you can find a classic offer, witht he cucrent collections, in other words, the « must have » products of the brand.

When you take some steps up toward the second floor, you enter in the « Lab by Damart »

This Lab offers exclusive collections designed by creators, there are animations and Do It Yourself workshops. You can also take advantage of a personal shopper service in a private room and enjoy the use of a digital mirror when you try on products.

The store is really entering the « digital era » with tablets that allows you to e-reserve : you can order a product that is no longer available in the store, discover new ones with other colors… Damart also installed a « Click And Collect » service : reserving online and picking up later at the store.

This store openned to dynamise and modernize the brand Damart. 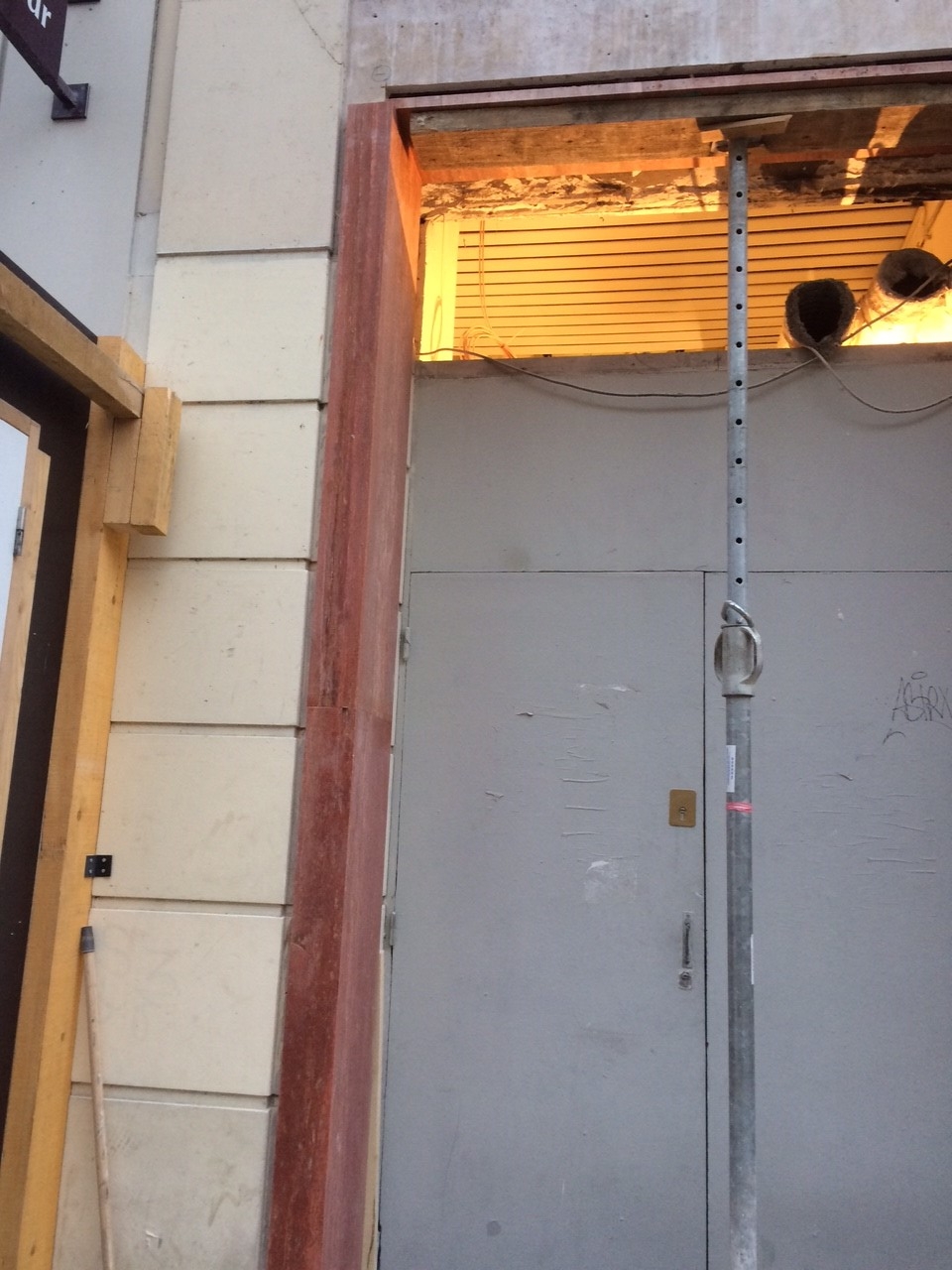 How did the Ateliers Sansone contribute to this project ?

The store is in a classified building and was fitted out by an agency. Ateliers Sansone was contacted by a company to redo the facade of the sotre. The work lasted 2 weeks.

This facade was covered of a white stone, painted in beige, on some part. Since the building was classified, they had to respect some rules. Ateliers Sansone completed the facade with a brand new white stone on the missing parts, and, it was all unified by being completely polished. Then, it was peinted in beige to respect the norms.

On the left side of the building, Ateliers Sansone framed the white stone with Red Marble : the Travertin Rouge of Iran and they shaped the doorstep with Pierre Bleue de Soignies.

The Travertin Rouge is very used in decoration for the bathroom, the facades, the stairs, the fireplace, the floor… This natural stone comes from Iran.

The Pierre Bleue de Soignies is used for thresholds, windowsills, in the kitchen, bathroom, tiled floors… It’s as often used on the indide than on the outside.

You can find all of our materials in our store at the 470 rue de Tourcoing, Mouvaux, with advices for your projects.